Back to Fred Mac Donald's Blog 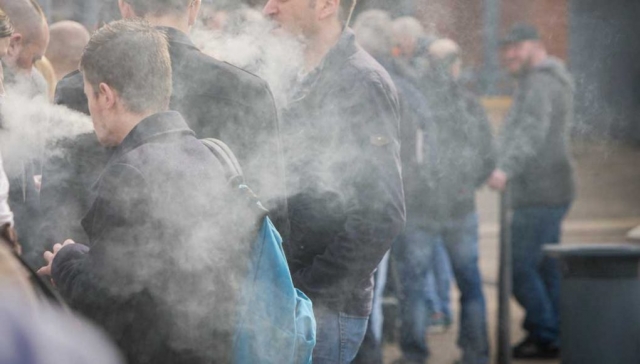 What are the hidden dangers associated with second hand vape "smoke". Some interesting research done by "the Californian Department of Public Health" with comments by Prof Micheal Siegel, physician in preventive medicine from the School of Public Health

I am sure most people have seen videos of “smoke” hanging in the air at these vape conferences and shows wondering what the impact of all that vape clouds in a closed space can have on the body and health in general.

Turns out the Californian Department of Public Health has been carrying out air sampling in vape shops to determine the health effects of second hand vape exposure with some surprising results.

Dr Michael Siegel, a prominent physician in preventive medicine from the School of Public Health at Berkeley (USA). He trained in epistemology for two years for Disease Control and Prevention Centre in Atlanta before moving to Boston where he currently practises. His primary research interest is in the area of tobacco control, focusing on secondhand smoke health effects, exposure, and policies, cigarette advertising and marketing practicers and their effects on youths, and evaluation of tobacco control policies and their impact on youth and adult smoking behaviour.

Dr Micheal Siegel pointed out in his blog that the results for the report was obtained from a small, non-ventelated vape shop where the employees and 13 customers were actively vaping while sampling was taking place. It can be deduced that the situation would present itself with a high level of exposure to secondhand vapor and high likelihood of detecting any dangerous levels of exposure to any hazardous chemicals.

“This study, although conducted under very high exposure conditions in a small, non-ventilated vape shop with many employees and customers vaping and clouds of vapor visible, did not document any dangerous levels of exposure to any hazardous.

The main results of the air sampling.

Dr Siegel pointed out that despite the visible clouds of vapour the levels of formaldehyde detected is consistent with the levels normally found in indoor and outdoor levels. The only other chemicals detected were ethanol (alcohol) and isopropyl alcohol. There was no documented high levels of exposure to any dangerous or hazardous chemicals.

Bronchiolitis obliterans, Nicknamed "popcorn lung", causes scarring of the lungs and loss of function that can become so severe the only treatment option may be a lung transplant.

The chemicals, Acetone, acetoin, other aldehydes, toluene, benzene, and xylene associated with “popcorn lung” were not detected by the standard method according to Dr Siegel

No justification for governments to ban vaping

In summary Dr Siegel concluded that “This study adds to the evidence that under real-life conditions, ‘secondhand vaping’ does not appear to pose any significant health risks.” Adding that he himself has been behind many smoking bans. However based on this evidence he fails to see a reason as to why governments should ban vaping in public spaces. “With regards to vaping, I just don’t see any reasonable evidence at this time that it poses any significant health hazard to bystanders.” 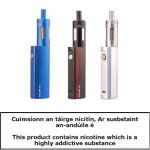 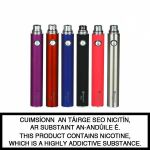 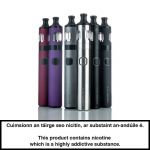